Rescued Pit Bull Thinks He’s One Of The Cats

Dogs are social creatures who love nothing more than being part of a pack. Their attentive behavior also makes them prone to pick up habits from the rest of their family. Some dogs sit just like their humans. Other pups watch TV. Most love nothing more than to cuddle up with you on the sofa or in bed, even tucking themselves beneath the covers.

So when Bethany and Samantha Castiller adopted Mako from the animal shelter, they naturally wondered about the 2-year-old pit bull’s former family. The rescued dog never barked, which seemed unusual for a pup of his age. Nor did the pup seem to like dog treats, which seemed very strange. But Mako was still a foodie, as they found out. This finicky floof just preferred treats for cats. 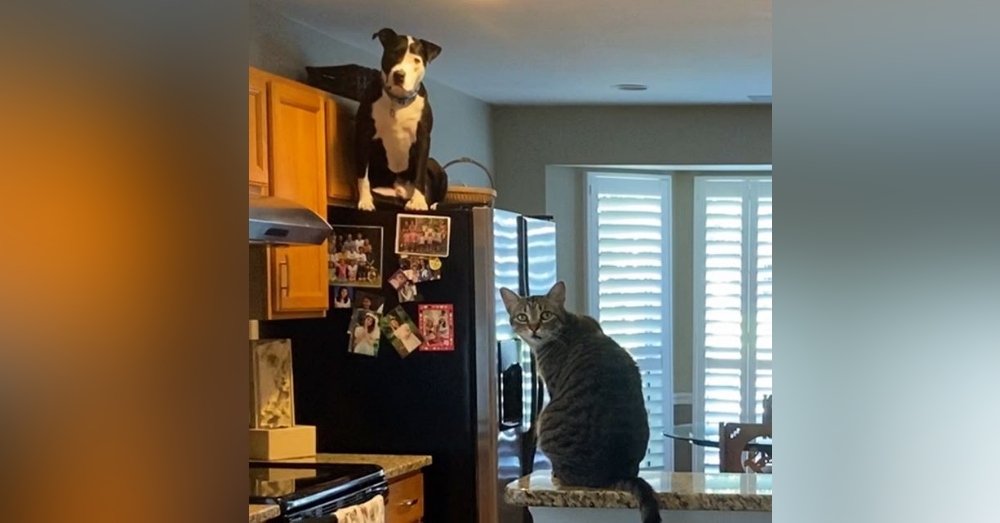 But when Mako hopped up onto the countertop, and then up onto the table, women realized what was going on. Their pup had clearly grown up with cats in his former home, which had caused the attentive pooch adopt feline tastes and behaviors. This would also explain how the dog got up on top of the fridge. His former cat siblings had apparently taught him to climb! 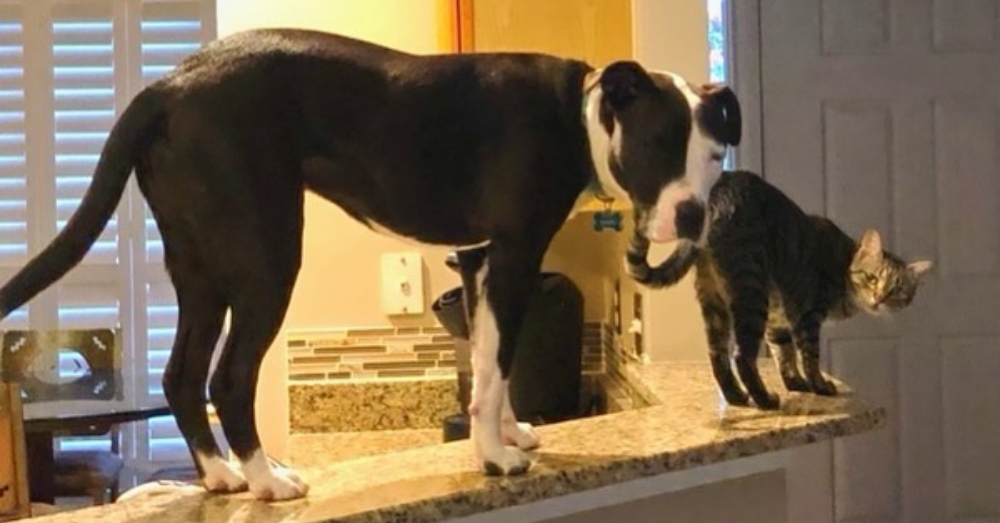 “Whenever Mako sees the boys on the counters or cabinets he hops up to join them,” Bethany told The Dodo. “He really just wants to be around the cats all the time. If he is not in the room with one of us humans, he’s with the cats.”

Fortunately, Mako, whom his owners have started calling the “pittycat,” has plenty of love for his new humans, too. 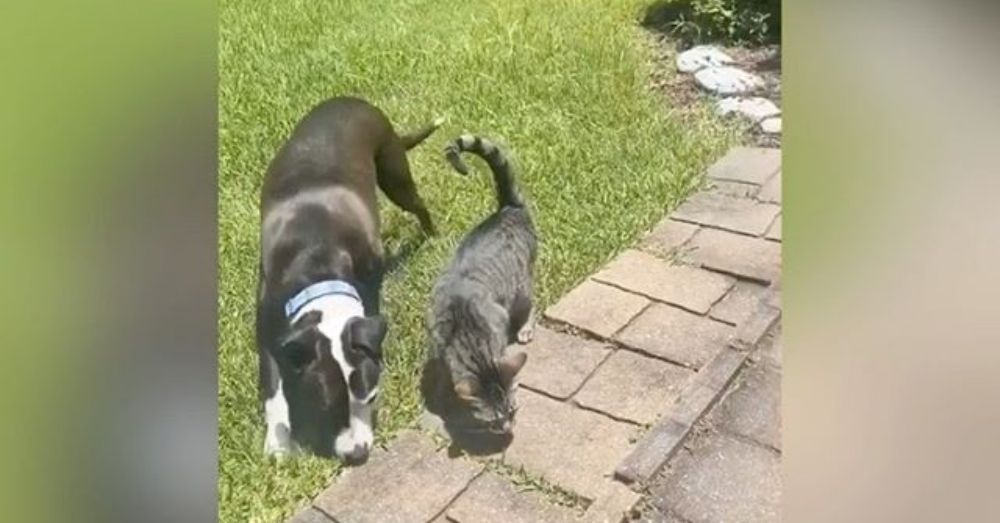 “We joke that we didn’t really pick him, he picked us,” Bethany said. “When we went to the rescue shelter he had his back against the cage so we started petting him and he looked over his shoulder and gave direct eye contact and we just fell in love with the little guy.”