Turtles Goes Home To Lay Eggs, Finds That Her Beach Is Now An Airport Runway

The Maafaru Airport in the Maldives welcomes many people to the area, including an unexpected guest in April 2019. Workers came in that day and found an endangered green sea turtle in the middle of the runway, leaving a trail of eggs on the tarmac.

The turtle had returned to her home to lay the eggs, which was now part of the airport. 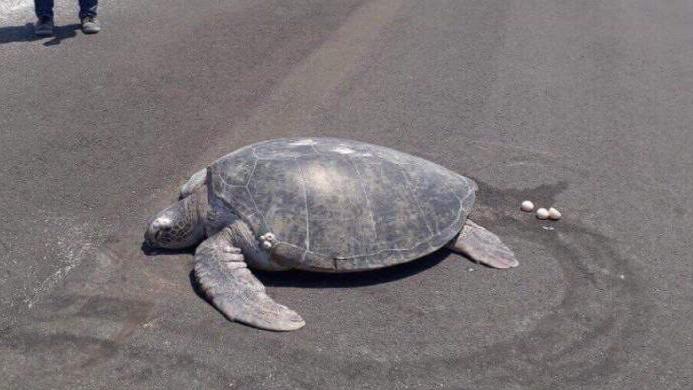 The active turtle nesting site is now home to the Maafaru Airport runway. Sea turtles will often return to the same beach where they were born to lay their eggs. They may even take a number of years to reach that specific beach.

The sea turtle shown in the picture was probably hatched on that very beach and she had laid her own eggs on the same beach before it became an airport runway.

“Most of the species [of sea turtles] are drawn to the same area where they themselves were born and where they have nested in the past,” David Godfrey, executive director of the Sea Turtle Conservancy, told The Dodo. “That turtle was very likely born and hatched on that stretch of beach… For the turtle to be dropping her eggs tells me it’s not the first time she came to this shore.” 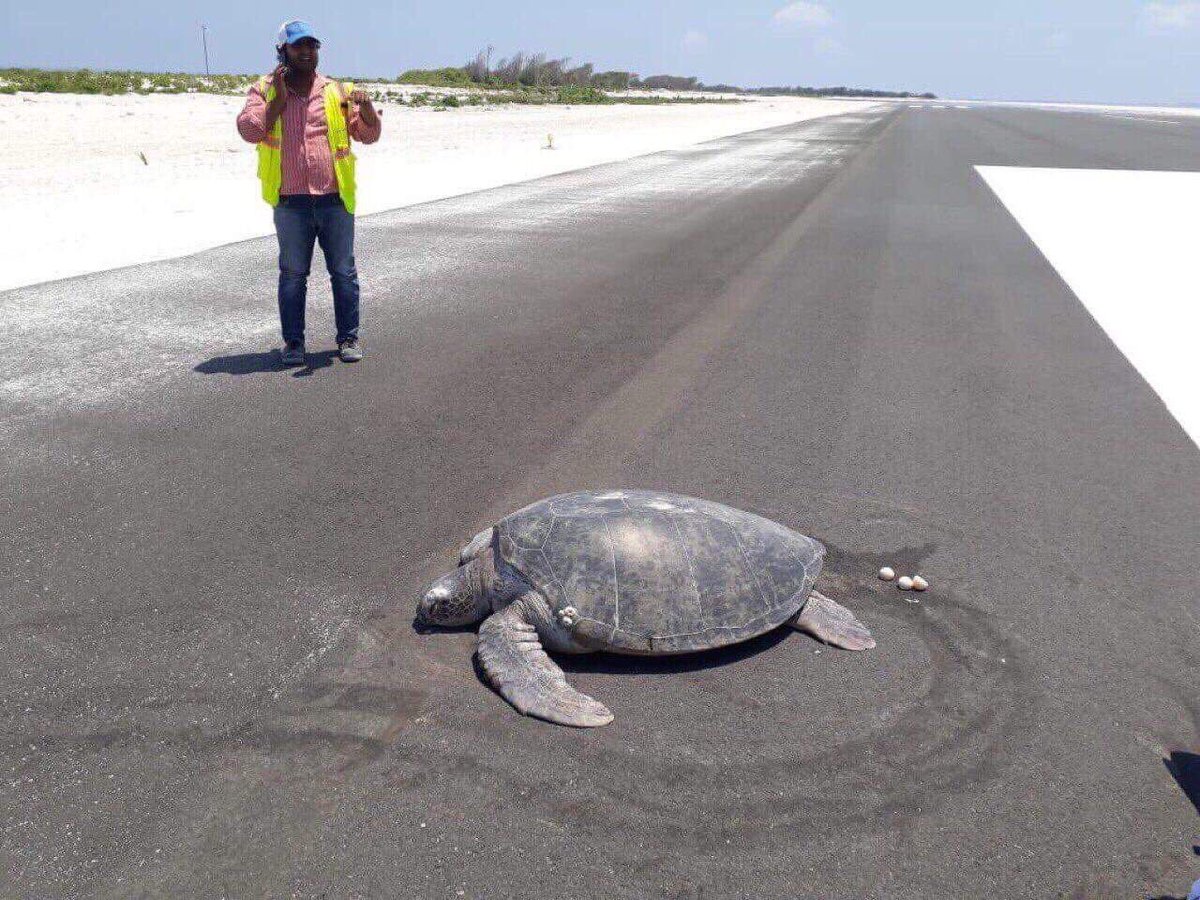 Thankfully, the workers and local officials were able to get the turtle back to the ocean and she was in good health. As it turns out, however, other sea turtles are also coming to the beach to lay their eggs and finding a runway as well.

“Despite the construction of the runway, the frequency with which turtles visit the island for nesting purposes has not decreased,” a source from Maafaru Island Council told the Edition.

The Maafaru Airport is still under construction and when it is finished, it will hold up to six jets. A hotel and resort is also planned on the same beach. The green sea turtles will have a more difficult time coming back to lay their eggs when all is finished.

On tuesday a green sea #turtle came from the sea and laid eggs on the middle of the aircraft runway of Maafaru airport in Noonu Atoll. Little she knew that it is no more her home now. Turtles have habbit of returning back to the same location. No more same for them !! pic.twitter.com/xRhgoSkMV6

Activists are trying to work with the Maldives government to remedy the problem. They are also working with developers to come up with a sustainable model that will help to save the animals and plants that are unique to the area.

Sea turtles are also facing problems in other areas. The ocean is getting warmer and sea levels are rising, resulting in thinner shorelines and less area where the turtles can lay their eggs.

“Sea turtles need voices,” Godfrey said. “Voices from voters, from citizens – they rely on us.”

The Maldives rely on tourism and as a result, developers and environmental activists must continue to work together to help keep the turtles and their eggs safe from harm. More information is available on the Sea Turtle Conservatory’s website.